Anonymous answered
December 31st is the one night of the year where everyone gets to stay up late - but not all countries celebrate saying goodbye to the past 365 days in the same way. And some countries like China wait an extra month for their new year. In fact, in Thailand, the last day of the year passes in April.

But what about all the Gregorians? Well, here's how the parties differ: 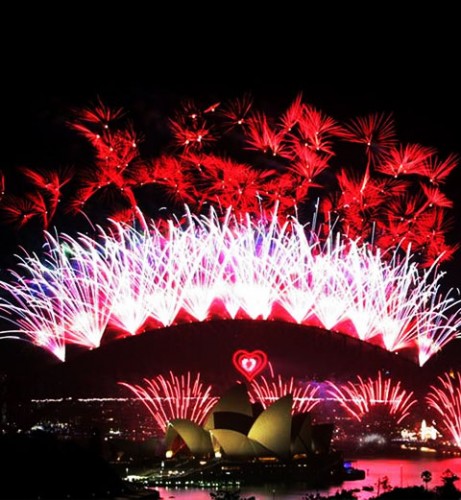 Australia kicks off New Year's Eve celebrations around the world with its clocks striking 00.00 before those of any other country.

The biggest party is in Sydney, with two million people gathering for a fabulous fireworks display set to music over the Sydney Opera House and Sydney Harbour Bridge.

The celebration is then broadcast on televisions across the world, to show everyone the kind of thing that they themselves can soon expect.

Austrians call New Year's Eve Sylverterabend, after Saint Sylvester. Sylvester was a Pope in the 300s, and was buried on December 31st.

German-speaking countries and some others close-by recognise the 31st as the feast of Sylvester. In Austria, there are public concerts and lots of spiced punch (called Punsch) and mulled wine (called Glühwein), which are sold from the market stalls.

The Belgian New Year's Eve is called Sint Sylvester Vooranvond or Saint Sylvester Eve. It's pretty standard fare: Everyone eats, drinks, parties, and kisses at midnight. The party is called the Réveillon.

New Year's Day is called Nieuwjaarsdag, and children read wishes that they have written on cards, and give and drawings to their parents. Apparently, Belgian farmers always wish each of their animals a Happy New Year. I don't know about kissing them! 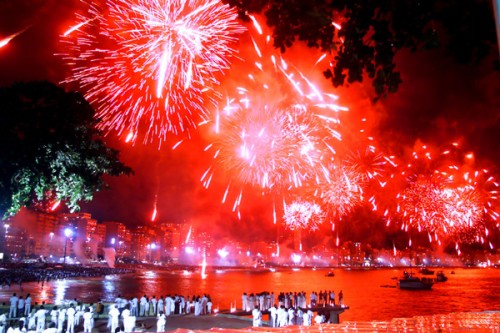 Brazilian people love to party and New Year's Eve is one of the big ones, and marks the Fiesta de Lemanjá (the Goddess of Water).

Two million partygoers head to the Copacabana beach in Rio for the carnival, and thousands of candles are lit and washed out to sea. 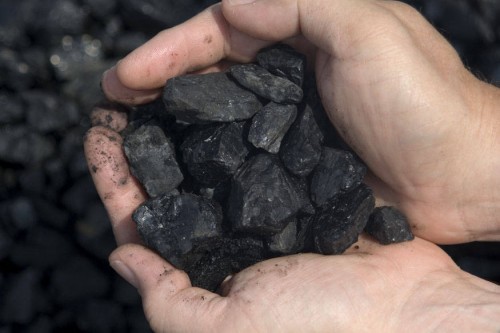 The famous celebration is held in London with millions of pounds being spent on a two-minute firework display. People kiss at midnight, and sing the first line of the famous Scottish song Auld Lang Syne. Then they mouth the rest of the song while vowing to learn all the words for the next New Year's Eve party - which they don't actually do.

People drink a lot, and there is a tradition called 'first footing' where the first person over the threshold of a house after midnight must bring coal, bread, milk, alcohol... For luck. The gifts are then distributed to all the people in the house.

There are also New Year's Resolutions which involve people deciding to give something up for a whole year, such as smoking. Recently, resolutions have involved starting something new as well - such as going to the gym. The most important thing about New Year's Eve is unfortunately the drinking, though. 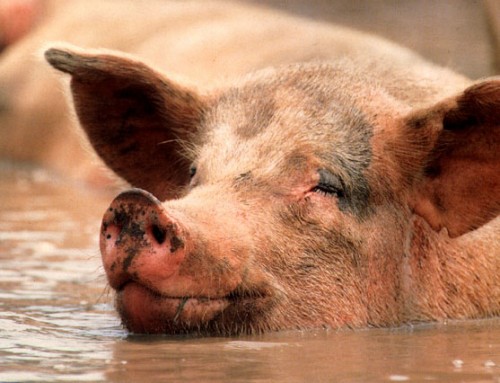 Berlin holds an enormous party at the Brandenburg Gate, but the more traditional German is happy dropping molten lead into cold water and predicting the future. If the lead forms a heart, then there's a wedding.

A ship shape means a journey and a pig shape equals food. So there you go. And they leave a bit of each food on the table, to ensure they have enough to eat for the year ahead. But what happens to that food? Don't you think it goes in the bin on New Year's Day? 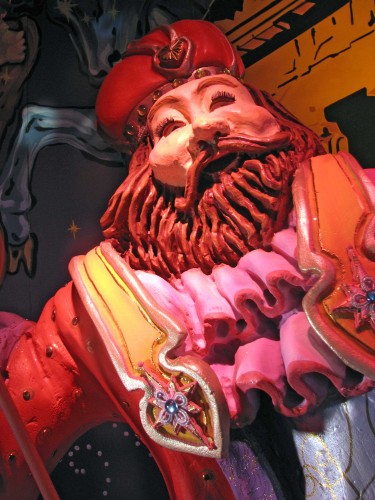 The important day in Greece is January 1, or St Basil's Day. Basil brings gifts to children, and families have special meals and parties to welcome him.

The traditional food is the Vassilopitta cake, and anyone who finds a silver or gold coin inside it will be lucky for the whole year 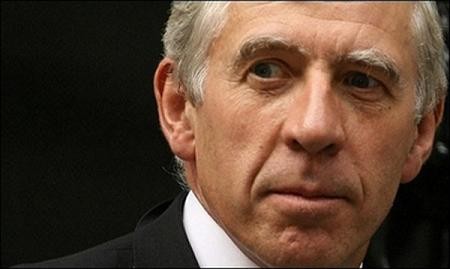 (another Jack Straw!) If your name is Jack Straw, do not go to Hungary for New Year's Eve, because the chances are that you will be burned.

This is because the tradition in Hungary on the 31st December is to burn an effigy called Jack Straw - which represents all the evil and bad luck in the world. The effigy is taken around all the villages. 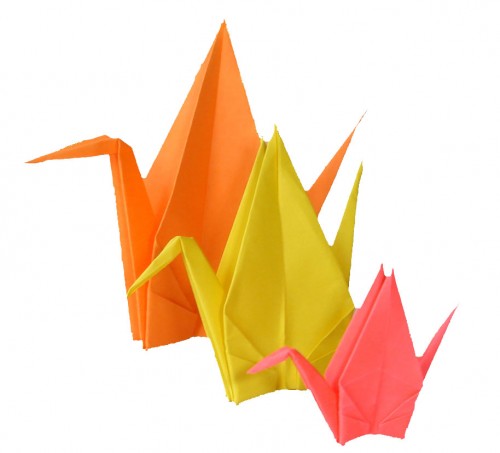 The Japanese holiday known as Oshogatsu is a time for peace and rest. On New Year's Day, the people eat Mochi (rice cakes) and Ozoni (a stew).

Families give money to children in a tradition called otoshi-dama (New Year treasure), and houses are decorated with origami cranes which, along with the turtle, are thought to bring peace and happiness. 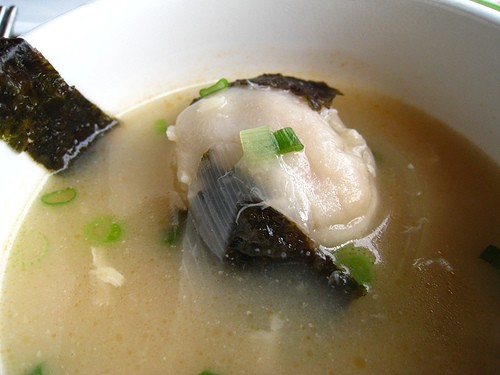 On January 1, Koreans eat tekgut which is a rice cake soup made with beef and dumplings. Also, all Koreans become one year older on January first (yes, a Korean has two birthdays).

In South Korea, many people travel to Jung dong jin on the peninsula, for the first view of the sun. Orin Zebest
In Holland, New Year is the time for fire. All the Christmas trees are taken from the houses and burned in the streets, while fireworks explode in the skies.

New Year is great in the Philippines, especially if you are a child. It is believed that children who jump about will grow taller in the coming year, and many children rattle tins containing coins to bring wealth to the people.

Many people wear clothes with dots on them, as this symbolizes health and fertility. Similarly, tables are decorated with baskets of twelve different round fruits, to symbolize prosperity in each coming month. 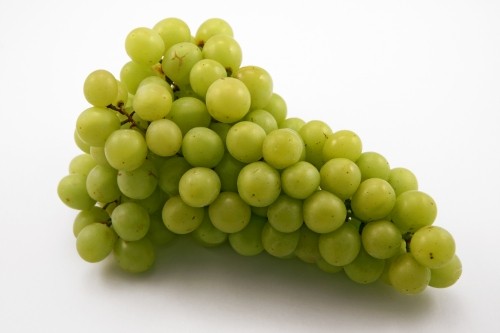 In Spain and Portugal, the tradition is to eat a grape on each of the twelve bongs of the midnight clock. It's harder than it sounds!

This usually takes place at the family party, and then the young people go to discos, and aren't seen again until February. 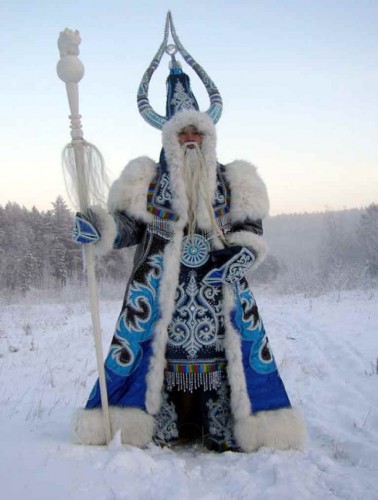 New Year's Eve in Russia is much like Christmas Eve in America, except that Santa is replaced by Grandfather Frost or Ded Moroz. Ded Moroz (who wears a blue suit) brings children presents on his sleigh on the night of New Year's Eve, and then the family has a dinner on New Year's Day. 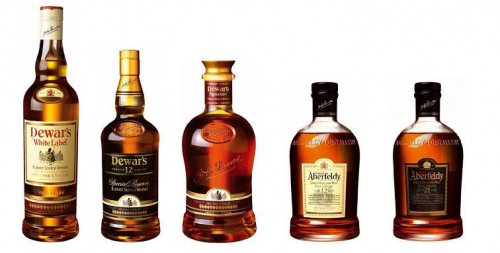 Scotland's New Year's Eve party is called Hogmanay, and there is a tradition known as first footing (the same as in England).

Generally, the Scots have a huge party in Prince's Street in Edinburgh, during which everyone holds hands, sings, and gets very very drunk.  And there might be some sword-dancing, too! 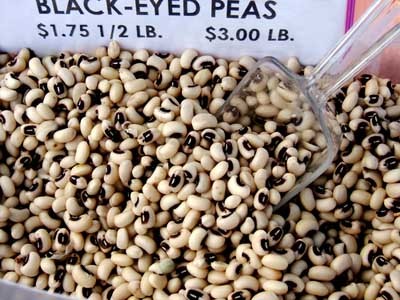 The New Year's Eve shown in so many films and TV shows is the one held in Times Square, New York. Millions gather at 23.59 to watch the one minute descent of a 12-foot crystal ball. Then there is a huge fireworks display and lots of ticker-tape and... Well, you've seen it all in the movies.

In the South, the more rustic way of celebrating New Year is to eat black-eyed peas, 365 if possible, along with a lot of peas or turnips - which all signify green American money for the coming year.

Charlotte✞ answered
England - Having many fireworks, singing Auld Lang Syne and letting Chinese lanterns off to float across the sky.

Anonymous answered
Wow, it is great that Indians celebrate New Year by lighting candles in the memory of great people who sacrificed their lives for the sake of country. All we Indians celebrate it like members of same family.

We celebrate the New Year for two reasons. The first reason is to remember the great events which took place in the last year, and the other is to welcome in the new year.

Surely, it will be a great day for everyone in the world and I wish you a GREAT AND A PROSPEROUS NEW YEAR .

chen lyfen answered
Each country has its own traditions, so they don't celebrate the same.

Simple.... Everyone around the world would let there egos go and enjoy the day party hard and would have a bash of a lifetime worth remembering for. Now that is how everyone would want to celebrate New Years eve.

Bored, Jobless and b*tch about how bad the day was ! Lol

Shelly R answered
Well, China do theirs with dragons...

Bre Fawn answered
Here in the U.S. There are lots of fireworks. People gather around a giant timer in cities like New York or Las Vegas and, when it turns 12:00, everybody starts screaming and dancing and hugging each other.

Anonymous answered
In Uganda, its such an incredible day where people crowd into "happening" places including bars, restaurants, clubs, beaches, and many others - to rock and have fun with friends, lovers, and also with family.

It's memorable. Places around town like Silk, Cascades, Rouge, C.T, Effendis, Kyoto, and Mateos get full.

Anonymous answered
Well, Mexico has a big festival. Argentina celebrates by carrying a suitcase and running around the house, which supposedly brings good luck and good travel in the coming year.

murtala mohammed answered
In Nigeria there's no specific celebration. People are battling hunger, and to some, New Year is only a rich man's affair/ There is no national celebration in Nigeria - we all do it in our individual ways.