How Many Times Has The World Been On The Brink Of Nuclear War?

Luis Prada answered
Sure, everyone knows about the Cuban missile crisis, that terrifying month of October in 1962 when the world braced itself for nuclear annihilation.  But that wasn’t the only time the world almost came to blows with massive nuclear arms. There are dozens of instances that saw tensions rise and itchy trigger fingers hovering over large red buttons labeled “Launch.”  The thing is, you just don’t hear about them as much.

Here are a few examples… 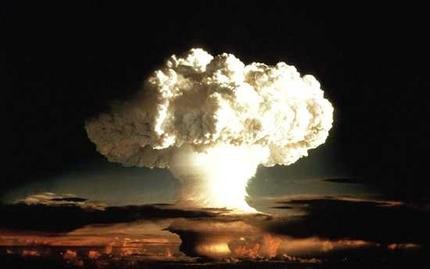 It was October 25th, 1962, the height of the Cuban Missile Crisis, and tensions around the country were high to say the very least. At an Air Force base in Duluth, Minnesota, a security guard spotted a mysterious figure attempting to climb over a far fence and get in to the base. The guard grabbed his gun and began to fire off rounds at the intruder, but none of them hit the mark.

When the intruder got away, the guard hit the base’s alarm, as was protocol. And here’s where the real problem starts. The guard did nothing wrong; he saw an intruder, tried to stop him, and then he notified everyone to be on alert. The problem was with the alarm he set off.

There was some kind of wiring screw up, so instead of the alarm telling everyone on nearby bases to be on high alert -- which it did for most of the nearby bases -- the alarm at the Volk Field air base in Wisconsin sounded off, ordering a fleet of F-106A interceptors to take flight. This wouldn’t normally be that big of a problem if it weren’t for the fact that the interceptors were carrying a pay-load of nuclear bombs. Also, as I mentioned, that whole Cuban Missile Crisis thing was going on at the same time, so the pilots just assumed that the nuclear war with the Soviet Union was about to begin.

The pilots geared up, probably full of fear, and they hopped in to their cockpits – they were ready to fight a nuclear war. Then, a car blazed down the tarmac from the air traffic control tower, stopping the pilots from taking off. The man driving the car jumped out and told everyone to stop what they were doing because the intruder at the Duluth base had been identified.

It was a bear.

What Could Have Been... 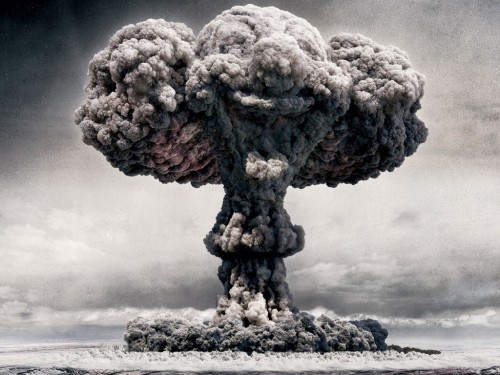 January 21st, 1968. The Cold War was in full swing as both sides were looking for a reason to attack the other. But, as most of these stories will tell you, it’s only through posturing, not through any actual attacks, that we nearly annihilated ourselves.

During the Cold War, the United States periodically ran alert missions known as “Chrome Dome” mission. These missions were designed to simulate the flight conditions a crew would experience in case they had to perform a nuclear drop. One such crew was flying over Greenland on during a routine Chrome Dome test run.

As they flew over Boffin Bay in Greenland, there was a mechanical malfunction in their B-52 bomber which resulted in a cabin fire. Six crew members ejected to safety, but one died in the resulting crash. But it wasn’t just a crash. When the bomber hit the ground, it exploded, as did the explosives surrounding the radioactive core of the hydrogen bombs the bomber was carrying.

Given the state of nuclear weapons at the time, the setting off of the explosives surrounding the radioactive core could have set off the second-stage fission reaction, which is to say a large part of Greenland wouldn’t be around today.

But, for some reason, the explosion didn’t kick start the 2nd stage. Instead, Greenland got stuck trying to clean up a massive radioactive mess.

But the most frightening thing about the entire incident isn’t so much the incident itself – it’s what could have happened afterward.

It’s theorized that if the bomb had gone off it would have triggered radiation detecting sensors over at NORAD. And, seeing as the explosions would have cut off communication between NORAD and the nearby early warning station, NORAD would have been left in the dark about the news of a B-52 bomber crash, and they would have interpreted this massive spike in radiation readings as a preemptive nuclear strike by the Soviet Union. This would have led to the United States firing their own bombs, which would have led to a lot of us not existing today. 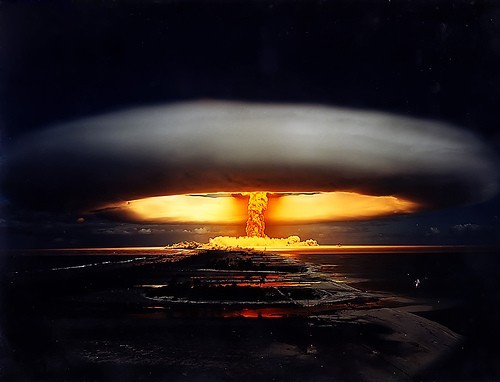 With so much money being funneled in to military research and development during the Cold War, there was a bit of a technological boom. One such tech advancement was what would now be considered primitive electronic displays at both NORAD, SAC (Strategic Air Command), and the Pentagon. One display in specific was a large and very visible set of four numbers. These numbers gave an up-to-the-minute tabulation of the number of nuclear missiles currently in the air and on their way to a target. The numbers were always safely reading 0000, as in there were no nuclear missiles soaring through the air.

On June 3, 1980 at around 2:25 a.m., the nuclear missile counter changed. Instead of its normal 0000, it read as 0002. Seeing as this meant that there were 2 nuclear missiles that had been launched, flight crews carrying nuclear payloads were warmed up, Minutemen missile sites were primes and ready and airborne command posts were launched.

But it was all for not. It turns out that the shiny new machinery had simply and inexplicably substituted the number “0” with the number “2,” so there weren’t actually any nukes that had been launched. Knowing that it was just a false alarm, everyone calmed down.
But then, three days later, it happened again; the counter switched from 0 to 2 and the entire process was started up again – planes were warmed up, and missiles were aimed. Knowing that this same scenario played out just a few days prior, someone deiced to do some investigating in to just what was going on.

It turned out that the 0 to 2 switch over was pretty far from a nuclear launch. It was really just one faulty computer chip and some faulty wiring that produced those readings.

A Series of Misunderstood Events 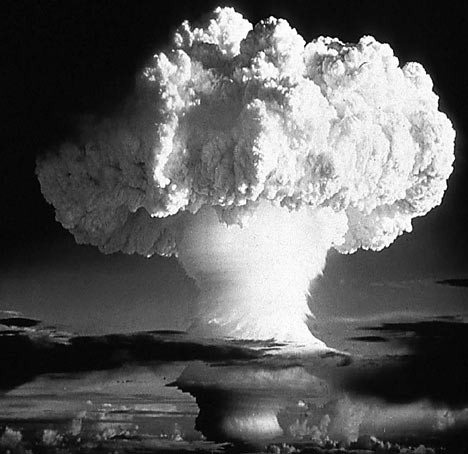 During yet another moment of high tension, in 1956 Egypt nationalized the Suez Canal. This would eventually lead to a military attack on Egypt by France, Israel and Brittan. During this time, historically known as the Suez Crisis, NORAD received word that a massive Soviet attack was currently underway.

To NORAD, the proof was in the pudding because a series of events that all happened to be going on at the same time created the illusion of big military action.

First, it was a Soviet fleet moving away from the Black Sea and in to the Aegean, which was a far more aggressive military stance.

Secondly, a British bomber had just been shot down over Syria.

And lastly, a large fleet of unidentified aircraft was spotted flying over Turkey, which caused the Turkish air force to go on high alert.

This bizarre confluence of events spelled out only one thing to the folks over at NORAD: It was time for war.

Well, it would have if each event didn’t have a very logical and simple, non-combative explanation.

First, the Soviet fleet moving from the Black Sea to the Aegean was a part of a routine, non-war exercise.

Second, the British bomber was not shot down, but rather, was having some mechanical problems and had to land to get them fixed.

Third, the MiGs were a part of an escort for the President of Syria.

And last, that large fleet of air craft over Turkey? Well, that was just a really, really big flock of Swans.